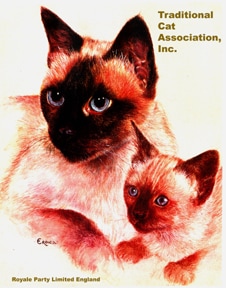 About 2 years ago a Traditional Turkish Angora breeder in Europe came to TCA, INC. and asked us for help in protecting the breed from U.S. breeders. Details were given about the events and arguments that had been going on for some time. The basis for their need for help was because the U.S. Turkish Angora/cfa breeders were changing the breed! (IMO: cfa does this to every single breed they touch).

TCA, INC. had already accepted a Breed Standard for the Traditional Turkish Angora, so protection here was already in place. We were registering them then and still are now.
The real danger was that the U.S. Turkish Angora breeders had gone to a California University to have blood tests done to prove their distorted Turkish Angora’s were “purebreds”! A pseudo “scientist” at that University had worked on the genetic project and published false reports to validate the U.S. breeder’s claim of purity. That pseudo “Scientist” and the University were immediately put into question. The Traditional Turkish Angora breeders were angry about the whole events and justly so!

The California University did a turn around and told us they would charge a huge amount of money to do the genetic investigation. The breeders in Turkey just couldn’t raise that large amount, so the whole effort was for naught.

Politics ruled over and influenced the results instead of allowing the data to define reality.

You can well guess what my opinion is of cfa and that California University. BE WARNED: Any one spending money to have genetic research on their cat(s) is throwing their finances down a black hole. 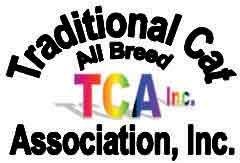